This post was originally published in March 2013. It was written originally for the Aries Mars people in my life- my daughter, my brother and a couple of dear male friends…

Mars rules Aries, so is at his strongest, most physical, most vital, most impulsive, most headstrong, most independent here.

Mars is a masculine planet and Aries a masculine sign, so this is arguably the most masculine of energy forces. Sure this can mean bulging biceps and all of that rather obvious, clichéd, and a little bit yummy masculinity, but it isn’t just about the physical. It’s about how that energy is directed- and in Aries, energy is activated in clear lines outwardly.

The nature of Mars is expansive, inflammatory and acute.

Mars in Aries therefore is both of these things…sometimes that has a physical representation. Very often, though, this energy is reflected in his sense of purpose rather than the size of his biceps.

He thrives on activity (both physical and otherwise), he loves the thrill of the chase and the scent of a battle. He makes decisions impulsively (and adjusts them as he goes), is a dynamic rather than charismatic leader, and is completely spontaneous. He has the ability to excite and energise those around him to join him in whatever quest he is on. He is also incredibly willful- ever tried to move a ram?

He likes to conquer things…and people. The more difficult the hunt, the more unattainable the prize, the more he appreciates the outcome. He is turned on by a challenge- whether that is a business problem that needs solving in a hurry, a woman that he doesn’t think he can have, a physical obstacle that needs to be climbed, a race that needs to be run, a deal that needs to be won.

He is easily annoyed and is turned off by, well lots of things really, but specifically laziness, excuses, predictability, indecision, queuing, anything he has to wait too long for without result.

His temper is hot, fast, directly to the point and without warning, but unless he has planets (especially the Moon) in Scorpio or Cancer, he won’t tend to hold onto a grudge- and is annoyed by those who do. He says what he needs to say and gets on with it. The explosion is loud, dramatic, painful and over pretty quickly, but like his other Mars cousin (Scorpio) he has difficulty admitting he is wrong, accepting blame or saying sorry- how can you apologise for something when you are never wrong and have moved on already? Why waste time looking back when there is so much more to chase down?

Whilst he likes getting into battle strategies, he doesn’t do manipulation or political spin- he isn’t subtle enough for that- in fact, subtlety annoys him too. When he is ready to move forward you had better be ready to keep up with him- he won’t wait while you faff around with decisions- he takes action in an instant so why can’t you? His enthusiasm blows cold quickly, so by the time you have caught up with him, he may have already moved onto the next project.

Sexually, Mars in Aries doesn’t like to plan ahead. He doesn’t need perfect conditions for a seduction- wherever and whenever is more his style. Spontaneous, impulsive, risk taking, physical- the same words keep coming up. With Mars in Aries, sex is a competition contact sport preferably played by two enthusiastic combatants…and he wants to be the best time you ever had.

Whilst he may love the chase, he does not want a submissive or passive partner. He wants someone who gives herself entirely to him- and seriously, how can you not? Mars in Aries can be overwhelmingly irresistible. No matter how gorgeous you are if you do nothing but lie there and look beautiful, he’ll bore quickly. It’s passion rather than romance that he gets off on.

Mars in Aries starts enthusiastically, but business as usual bores him. How to hold his interest past bin night? Mars in Aries has to have something to chase, something to want. While he will overwhelm you in the chase, he doesn’t want someone who’s happy to be owned. This goes back to the point about submission. Even in a longer term relationship with Aries (and yes, he can be house broken and exist in captivity, and makes an excellent life partner and parent) it’s best to hold a little bit back, keep your own friends, your own activities and fight for your independence- and under no circumstances try and take that from him.

Say “no” every so often- don’t make things too easy for him, don’t make a habit of giving up what you want to do and don’t be afraid to argue with him. Keep the sex fresh, spontaneous and as new as possible. Work out together, explore together, play together, take risks together, boldly go forward with him. He wants a partner who fits with him, but is still true to herself …a relationship where both parties have their own balance.

Want to lose an Aries man in less than 10 days? Too easy: nag him, hold him back, push him into a commitment, give into him on everything, make excuses, stop him from taking risks, do stuff slowly. He will turn off pretty quickly if you start making too many plans for him too early in the relationship or begin calling him too often. Give him something to chase. Get the idea?

And how do you know if he is bored or tired of you? As I said before, this guy is not into subtlety. Mars in Aries turns off as quickly as he turns on. If he isn’t being stimulated, he simply won’t be there. It may be that his energy is being directed into work, sport or other activities- Mars in Aries is able to direct energy into specific areas rather than scatter it.

Mars in Aries is bored with talk- he wants the actions to speak for themselves. He’ll glaze over a little if you want to talk too much about the state of your relationship, the state of your girlfriends’ relationships or where he actually was between the time of 8.30pm and 8.45pm. Nor does he like too much talk about you and will often find a way of switching the conversation back to himself.

She doesn’t want anyone who will make her life too easy, she wants someone who will make her feel alive and energetic and physical. She wants someone she can discover things and places with, someone she can go on adventures with. She isn’t that interested in sensitive new age guys, poetry or the fluff and bubble of romance. She won’t be seduced by your etchings, she will, however, be seduced by your muscles…and what you can do with them…

For the person who came into my site the other day with the question “how do you train an Aries man?” my answer is essentially why would you want to? It was those qualities that attracted you in the first place! Having said that, too much Aries energy can be exhausting to be around all the time. Sure he is exciting and energising and frustrating to be with, but you can only take so much of that- another reason to keep your own friends.

Don’t try and change him or train him or temper him- that will only end up boring him and yourself more quickly. Instead love all those wonderful qualities that excite you and get your creative, sexual and energetic juices flowing and have an escape route nearby to which you can retreat when all that male energy gets too much. He will only respect you all the more for that.

Espresso or latte? Full fat or skim milk? Life is full of decisions & today you could have issues making even the simplest ones. Sure you can examine the data from all angles, but at some point you just have to pick one. Today is, however, good for any sort of social event - so, at the very least, when you're grabbing that coffee, do it with a friend. 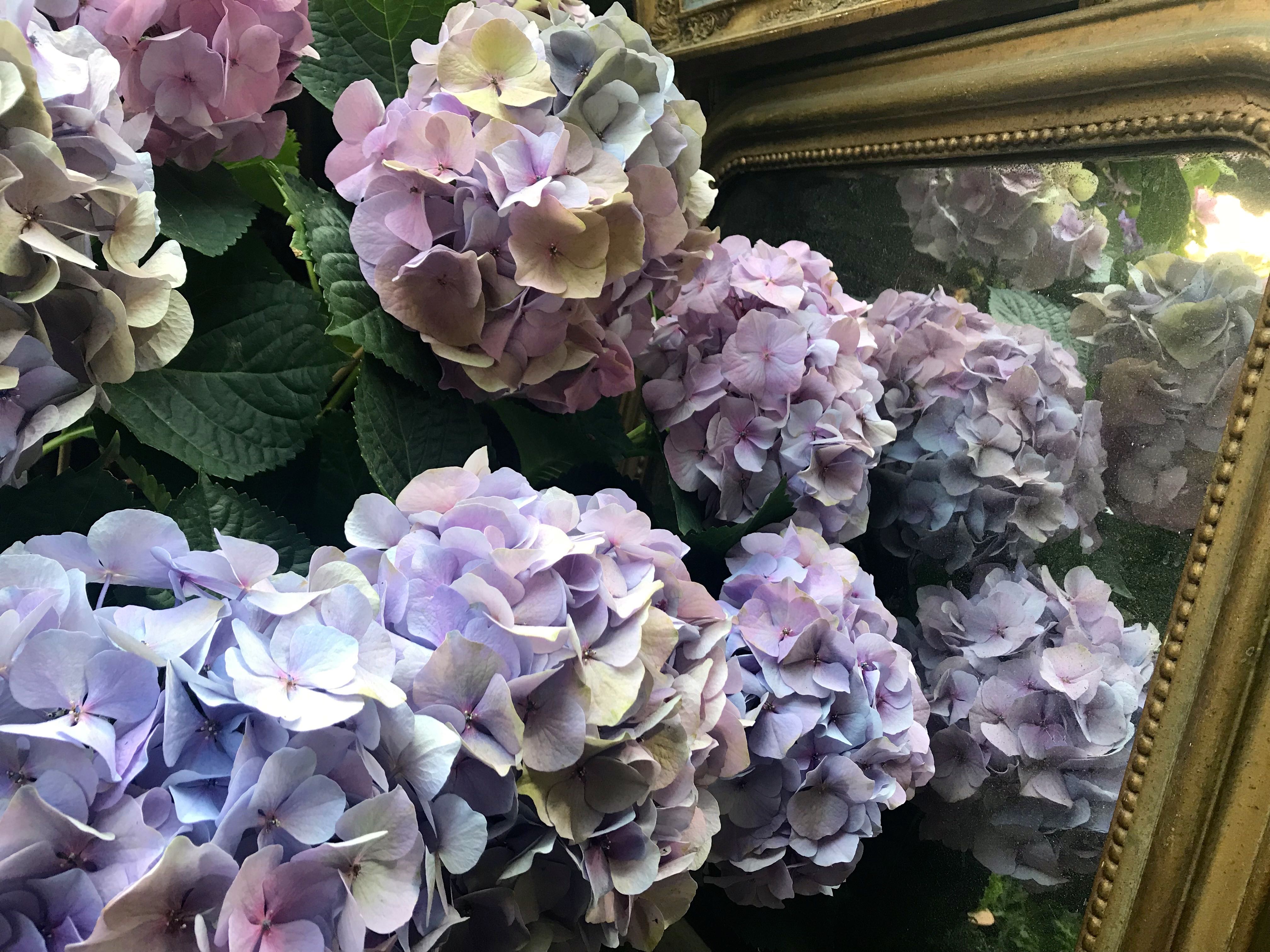 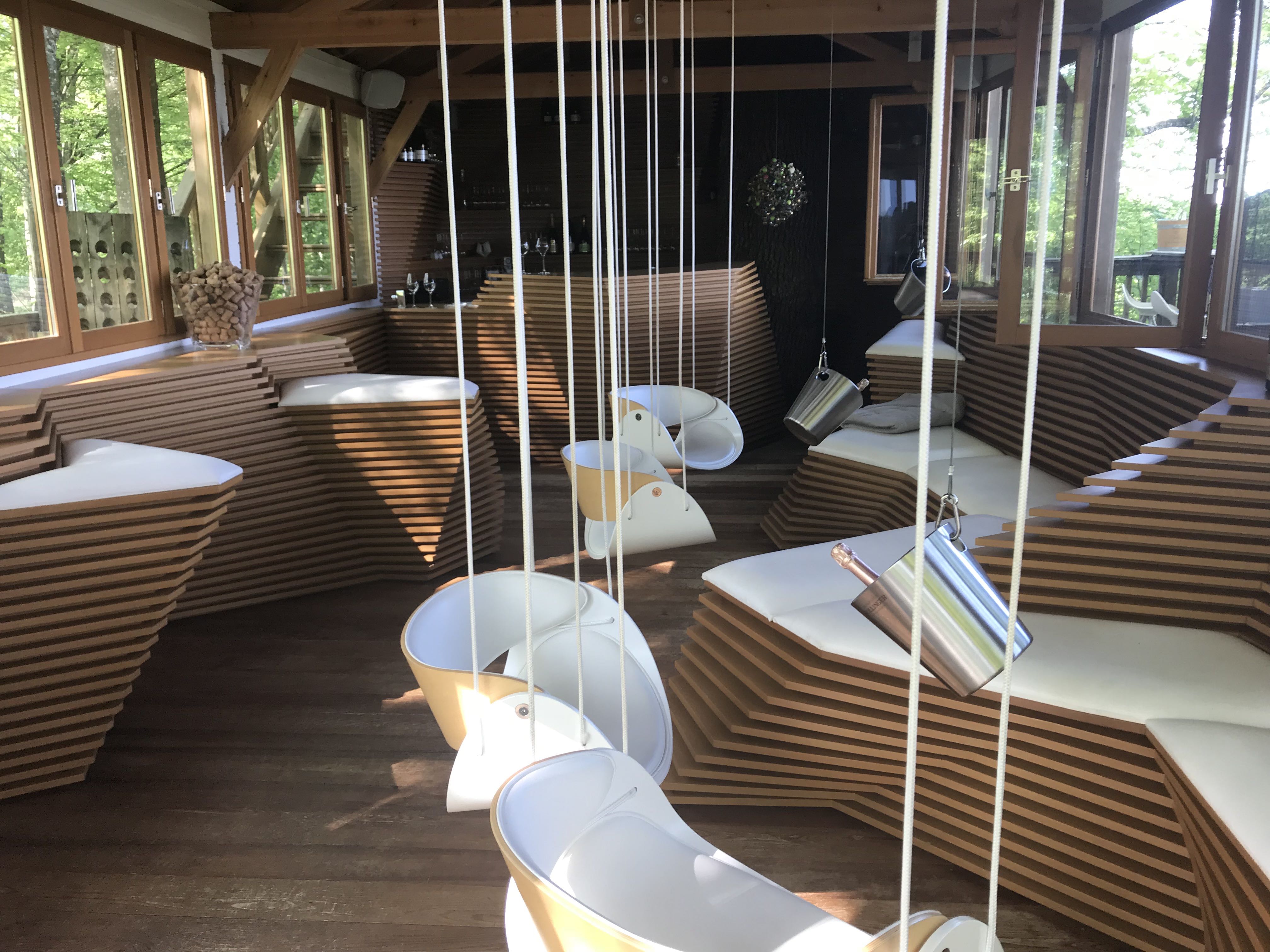 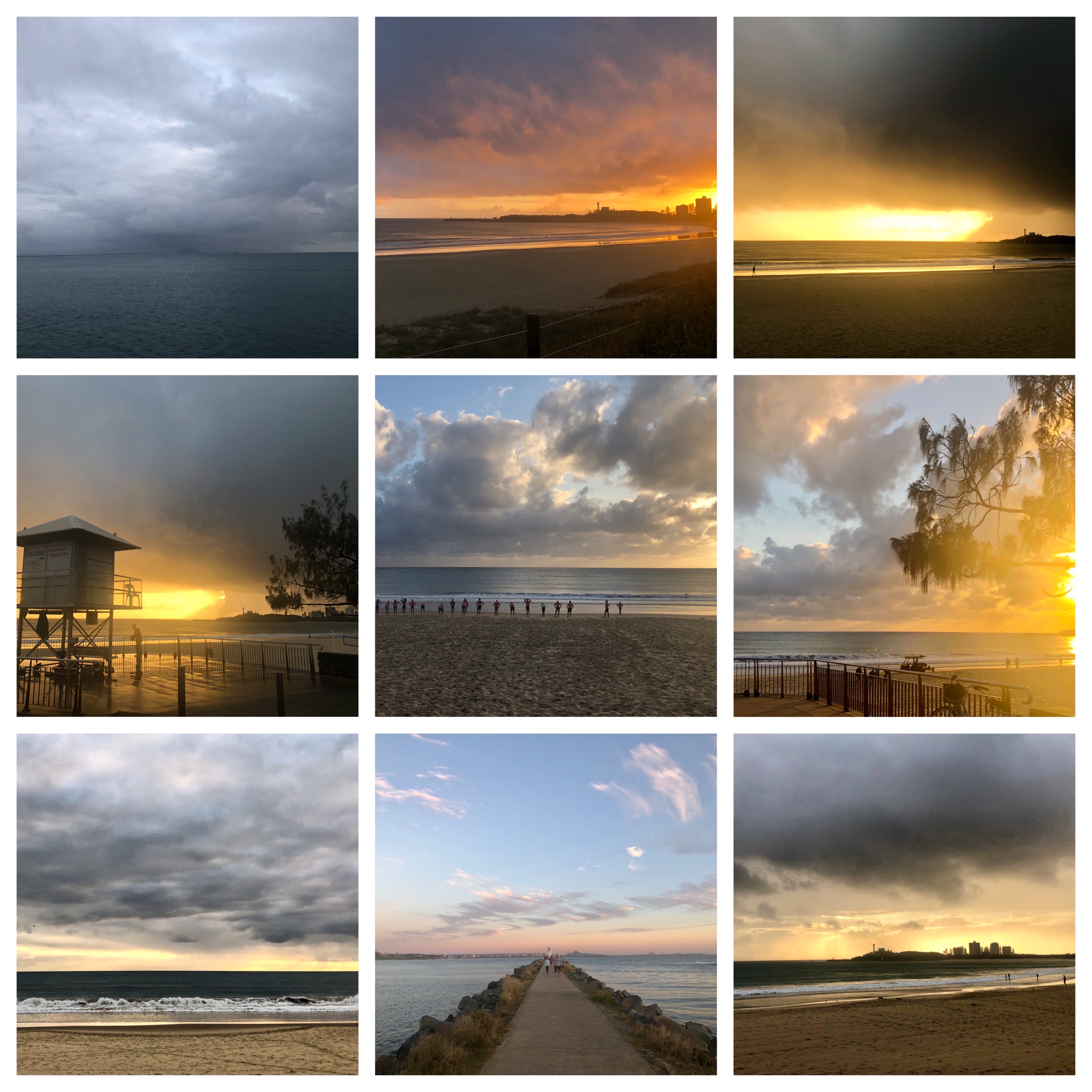 Goulash…but not as you know it 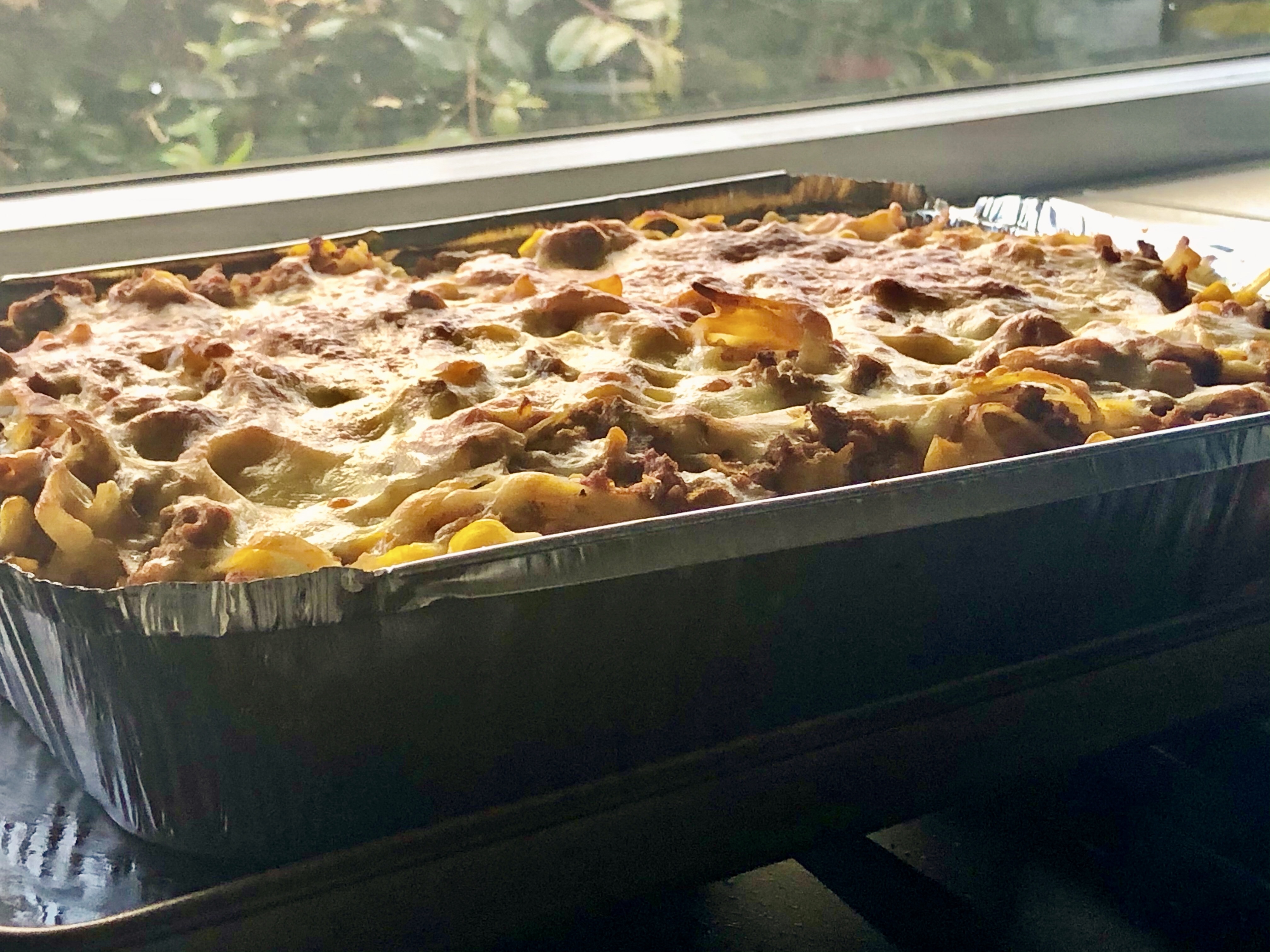 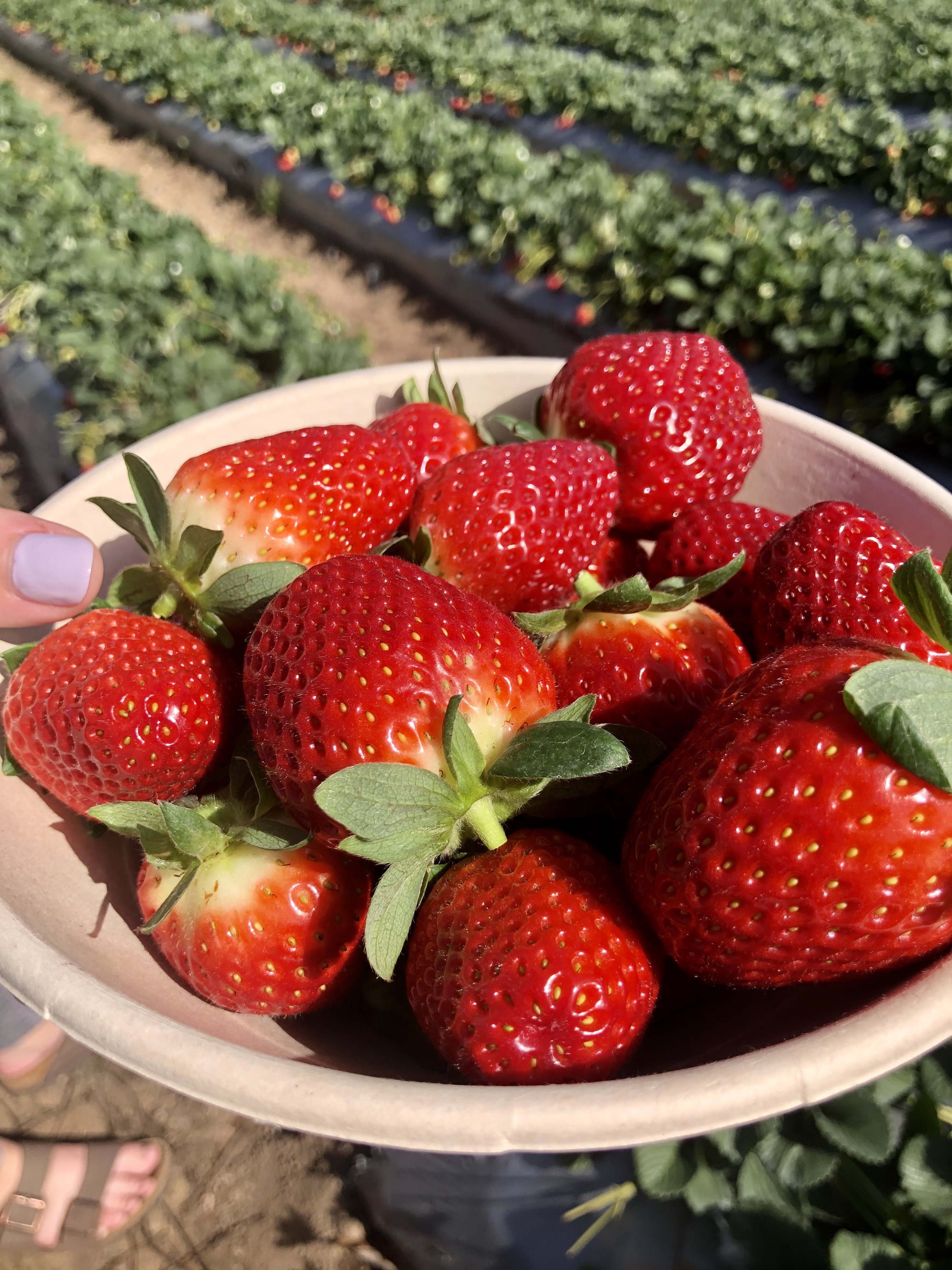